I Wish To Be Rain

What happens to our bodies after we die? One of the only certainties in life is that of death. It affects us all, yet it has been subject to far less technical and social (re)evolutions in comparison to all the other aspects of modern life. For the Design for Death shows in Austin, Macau and Dublin, we created a speculative product and service to challenge the public's perception of what it means to die in the 21st Century.

Humans now have the ability to affect, control and even cause natural phenomena, whether it be rain, earthquakes or floods. We wonder if a person could do this not just by their actions, but literally transform themselves into types of natural spectacle. Can we be ambitious in our death?

Cloud seeding is a way to intentionally modify weather, in an attempt trigger precipitation from clouds. Rain naturally occurs this way when water vapour condenses around dust particles in the atmosphere, but this effect can be artificially instigated by dispersing either carbon or silver iodide particles within clouds.

We imagine that a person will have the option in their will, to request to radically and ambitiously transform their body into rain using cloud seeding. Following a funeral and cremation of a body, the crematorium will give the bereaved an aluminium vessel that contains their loved one’s remains and a dormant aerostat.

When the family are ready, they simply turn the top segment, opening a valve to a helium tank which fills a weather balloon with the buoyant gas. The encapsulated ashes are sent skywards by turns the middle section against the bottom.

As the sealed capsule ascends and fades out of sight, it becomes increasingly pressurised. At the point it reaches the troposphere, the highest point at which clouds formed, the capsule bursts, dispersing the ashes into the clouds below.

Everyone dies ‘human scaled’, but from that point, our body experiences a series of oscillations in size. If cremated, we enter the world of particles, existing only as dust. When dispersed into the clouds, we get enveloped into a macroscopic structure far beyond the most grandiose human experience. But this is short lived, again we enter the domain of the miniature, falling back to earth as raindrops, before eventually finding our way back into the sea. 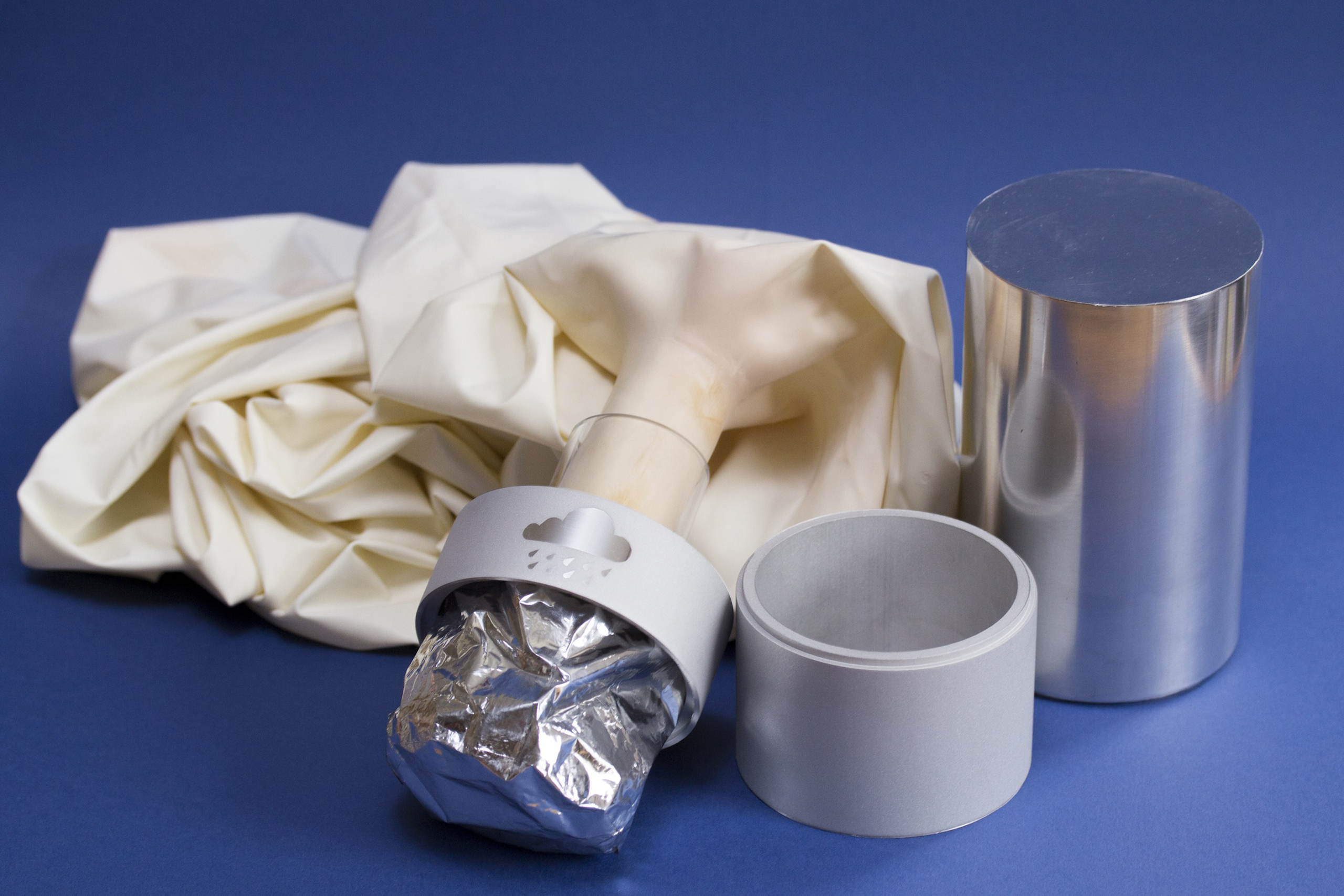 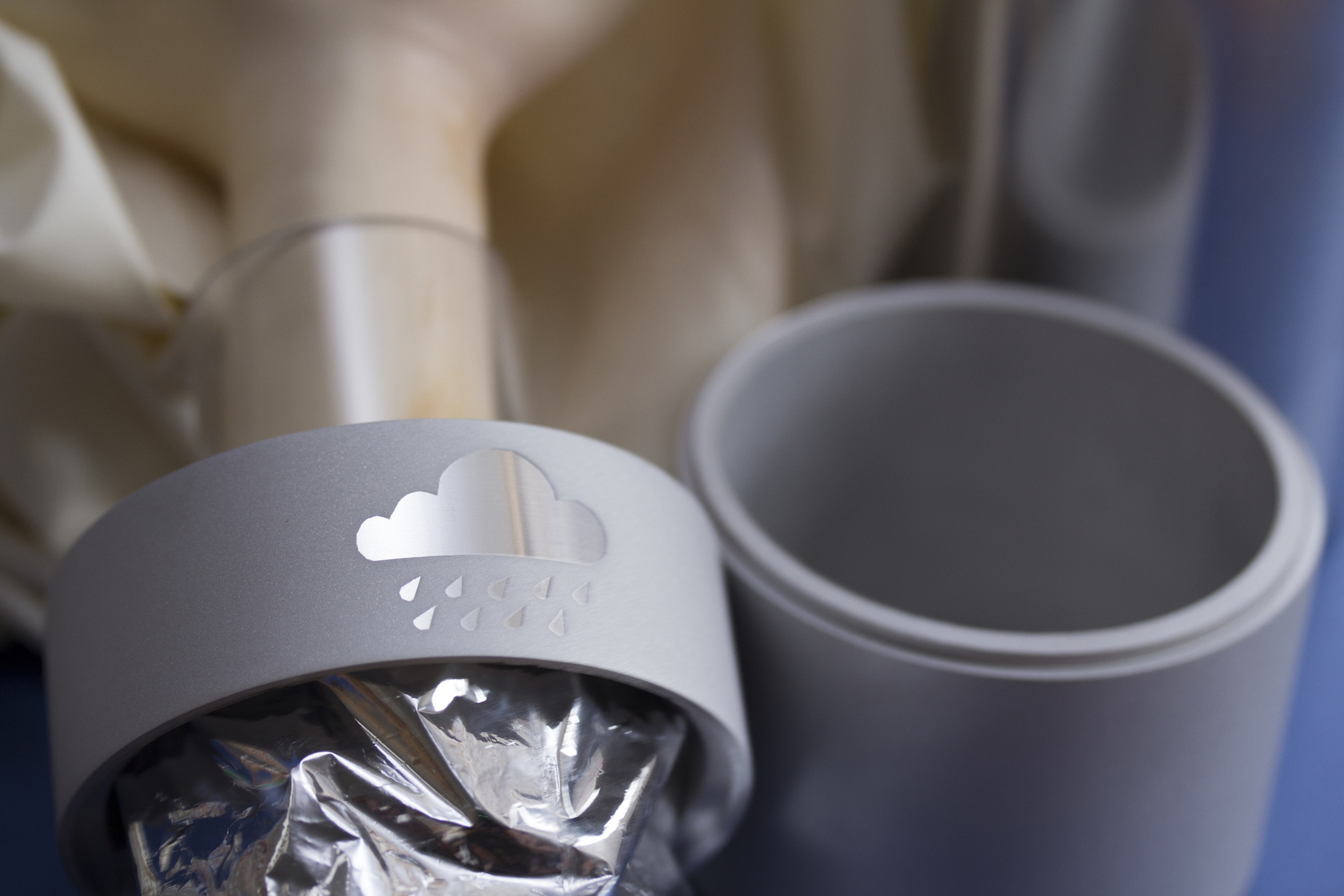 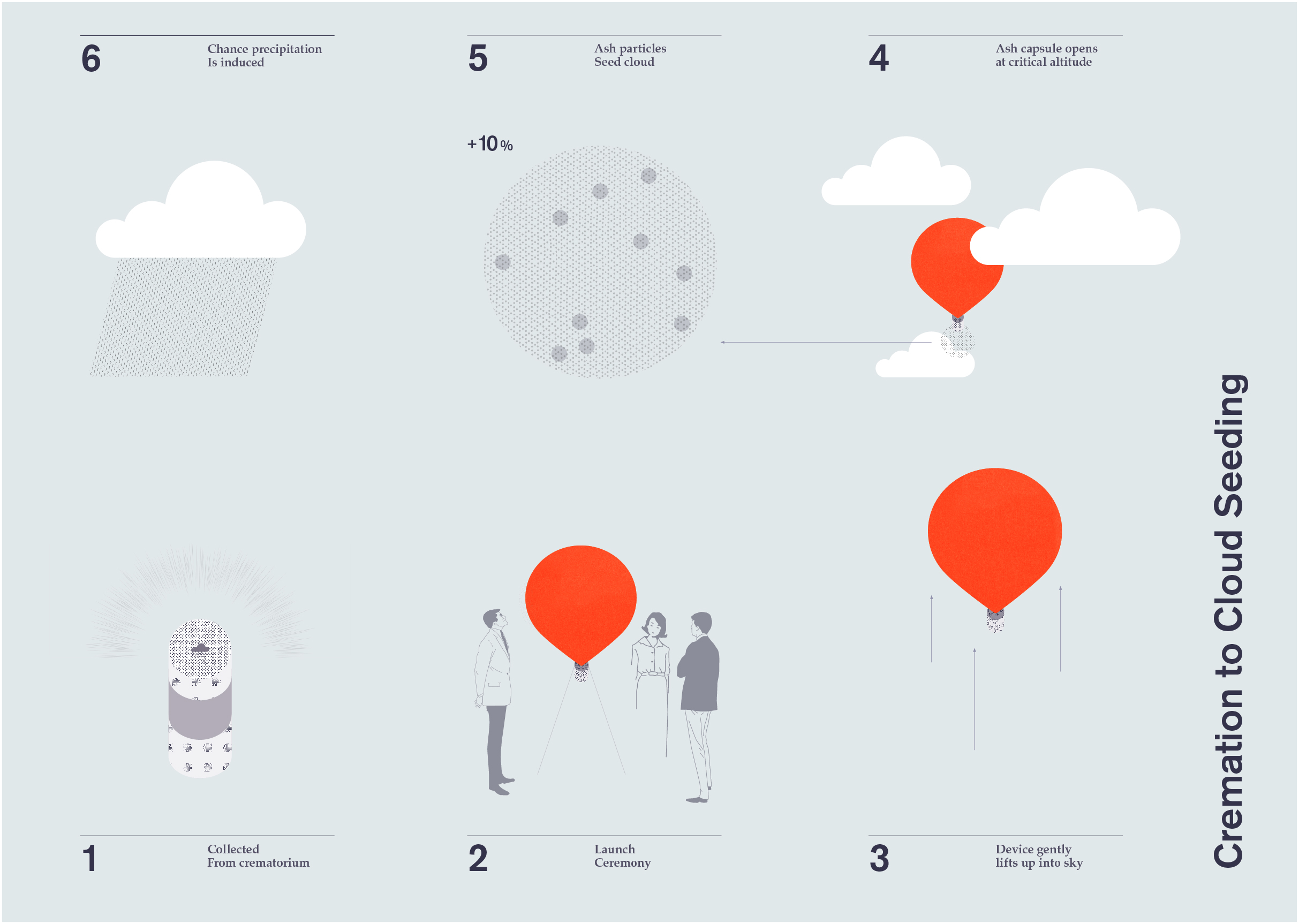 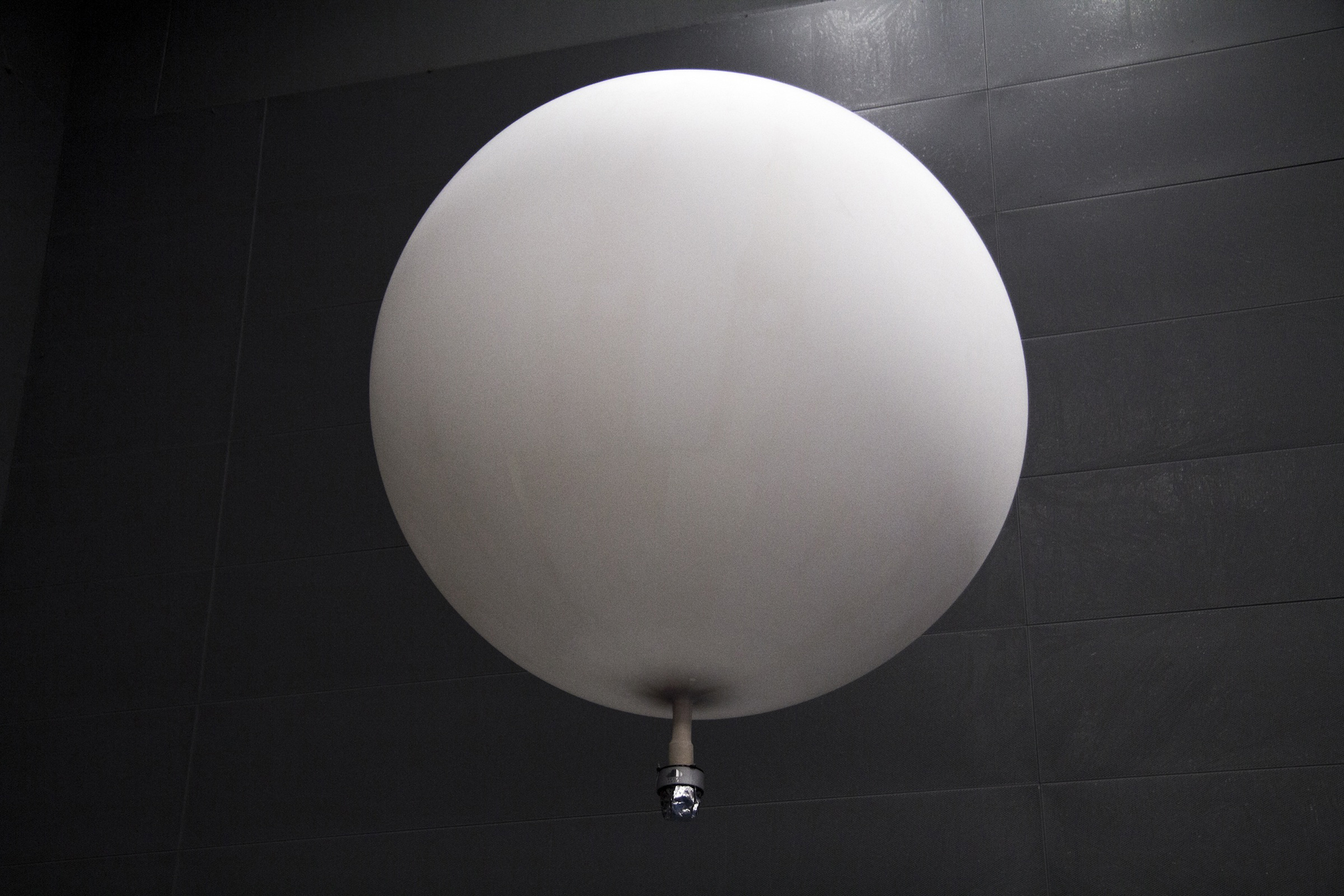 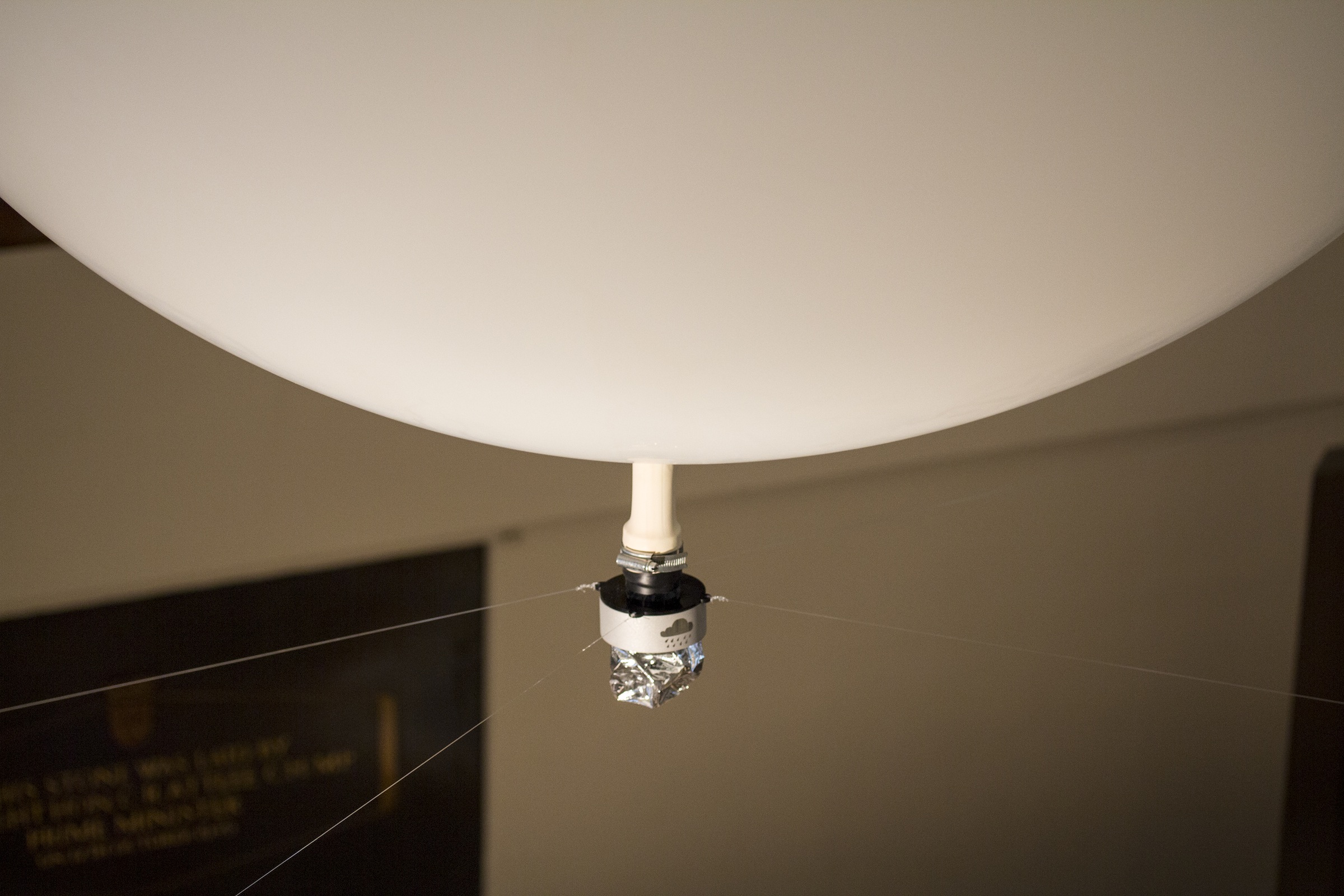